Request Your Free, No Obligation Quote

In South Florida, you can walk out your front door, take a couple of steps, look down - and more than likely seeing an ant or two when you do so. Ants are everywhere in the South Florida area due to our tropical environment.

If you are a homeowner or a property owner in South Florida, you are likely already pretty familiar with having ants around - whether that be inside or outside of your home. 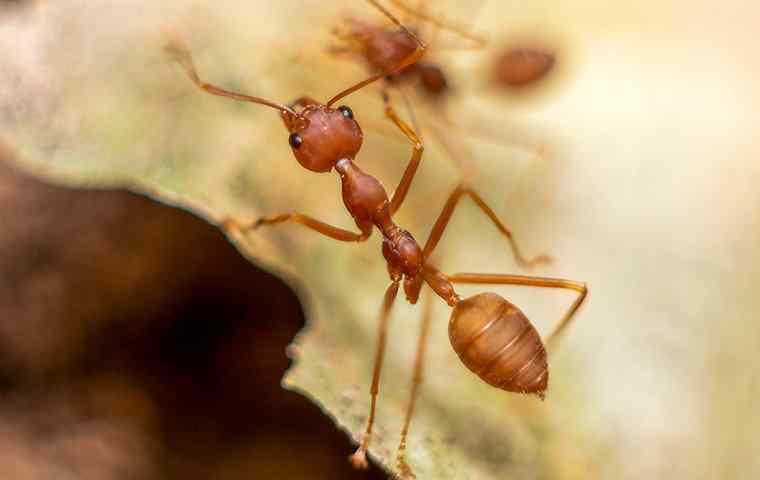 Most people simply label the nuisance pests under the vague label of “ants”, when in reality, there are different types of ants that tend to infest South Florida area homes and yards.

If you have an ant in your home, it is more than likely going to be a ghost ant, better known by its common name, the sugar ant. Sugar ants are the extremely small ants that you might see in your bathroom or on your kitchen counter as they search for food, but they are relatively harmless.

Sugar ant control is the most common type of call we receive for residential pest control.

The second most common ant pest in the area, the fire ant, is a little bit more than just a nuisance pest. At Native Pest Management, we offer a number of pest control services, treating common South Florida pests like mosquitoes, ants, cockroaches, rodents, bed bugs, termites, and whiteflies.

Among the pest control treatments that we provide to the area, there is one outdoor treatment that we tend to perform more than others - fire ant treatment.

Fire ants are nothing new to the state of Florida or our southern neighbors. In fact, most people have even grown accustomed to their presence and simply learned to avoid dealing with fire ants altogether.

That being said, fire ants are extremely annoying, and sometimes even painful and dangerous, pests if they have established a population on your property.

In the state of Florida, there are two different types of fire ants. The first and most common species of fire ant is Solenopsis invicta Buren. While it is the most common fire ant in our area, you might know it by its more common name, the red imported fire ant (RIFA).

As with most other forms of South Florida ant control, the most important step is identifying that an infestation is present. To do so, you must first be able to identify the ant itself, as well as the habitat and feeding habits that it exhibits.

Red imported fire ants are one of the larger ants that exist here in the South Florida area. Fire ants are a rusty red color with a darker red, sometimes even black, abdomen.

The best way to self-diagnose that you have a fire ant infestation on your South Florida property is to identify the fire ant’s habitat. Luckily, this is a fairly easy task, being that they build large mounds of dirt that are visible above reasonably short grass.

Most ant mounds are created shortly after it has rained when the soil is soft and loamy. While fire ants, both native and imported, are known by their trademark mounds, they can also live in or under existing structures like retaining walls, dead trees, and piled debris.

But what exactly does fire ant pest control entail?

While this is probably not something you want to hear from your ant control provider, there is no known way to absolutely eliminate a population of red imported fire ants with absolute certainty.

There are, however, a few methods of fire ant control that are proven to reduce or mitigate their presence on your property.

Broadcast baits are a tool that we use to control red imported fire ant populations. These baits consist of spreadable granules that are pre-loaded with slow-acting insecticides.

The general intention of a slow-acting bait application is to have the foraging workers consume some of the insecticide, then bringing baited poison back to the colony for other ants to consume as well.

The baits we use are infused with insect growth regulator, so unlike store bought ant baits, it will interrupt the life cycle of fire ants and destroy the entire fire ant colony.

Bait applications are much more effective than spraying for fire ants. Only 10-20% of fire ant colonies are above ground at any one time, so while spraying or applying a granular insecticide will quickly kill the ones above ground, it will rarely eliminate the colonies a few feet underground.

At Native Pest Management, we incorporate broadcast bait applications within our Integrated Pest Management regimen to control fire ant populations on your property.

We are so confident in our regular broadcast bait applications that we guarantee it will work, and any followups that may be needed will be free.

Being that fire ant habitats are relatively easy to spot, individual mound treatment is an effective way to control fire ant populations in your yard.

While individual mound treatments are seemingly easy to administer, we strongly suggest that you let our team of South Florida fire ant control specialists administer the treatment. Native fire ant and imported fire ant mounds are built differently, meaning that the treatment must be administered differently.

While fire ants can enter a home, they are much more likely to be found outdoors, which is where we focus our treatments.

As we mentioned above, there are no fire ant control methods that are known to completely eliminate colonies and prevent new ones from becoming established on your property. That being said, there are ways to manage the populations - if you schedule treatments regularly, that is.

At Native Pest Management, we offer fire ant control treatment plans in quarterly, bi-monthly, and monthly plans - allowing you to rest easy knowing that your local home or business is safe from fire ant infestation.

If your Palm Beach, Martin, St. Lucie, Miami-Dade, Broward County home, business, or property has fire ants, we urge you to call us today.

By getting in touch with our team of ant control specialists today, you can take a step in the right direction of having a pest-free home and yard.

Contact us today to request a free inspection with our pet safe pest control team.

How much for pest control for ants?

How to control fire ants?

Fire ants are dangerous pests that cause painful stings. If you find a fire ant mound on your property, you do not want to try to treat it on your own because that can often make the problem worse. Instead, let the professionals handle the situation.

How to control crazy ants?

Crazy ant colonies can become enormous, and they can cause serious problems when they infest your home. We specially design our crazy ant control to eliminate your crazy ant infestation so that your home remains secure.

Can pest control get rid of ants?

Effective ant control requires trained professionals who understand the differences between various species of ants, as well as what treatment methods work best for each species. When done properly, ant control is very effective at getting rid of ants.

Is your property overrun with fire ants? We can help!

Raul did a very thorough job and was extremely kind and professional. As a mom of two little ones, I felt super comfortable having him come in and work in our home.

We protect people and pets in the West Palm Beach, FL area by providing pet-safe and eco-friendly services, all while providing effective pest control.

With our pest control tools, as well as our certification in Integrated Pest Management, no pest can escape our inspection and same-day treatment.

We look forward to helping you get rid of your termite infestation and will make sure that your home or business continues to stay termite-free.

It's time to have the greenest lawn on the block. Contact the lawn care professionals at Native Pest Management today.

Stay informed about pests and pest related issues in your area! 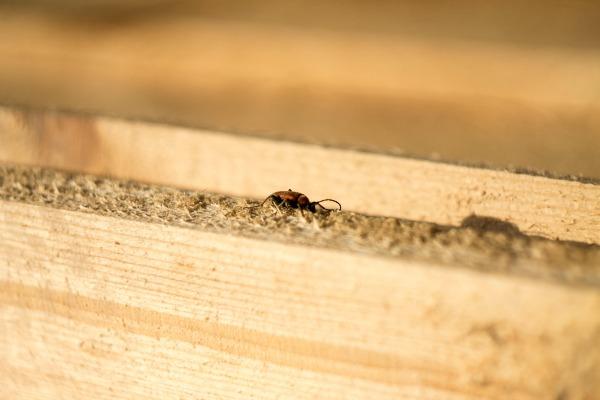 What Does Termite Damage in Port St. Lucie Look Like? 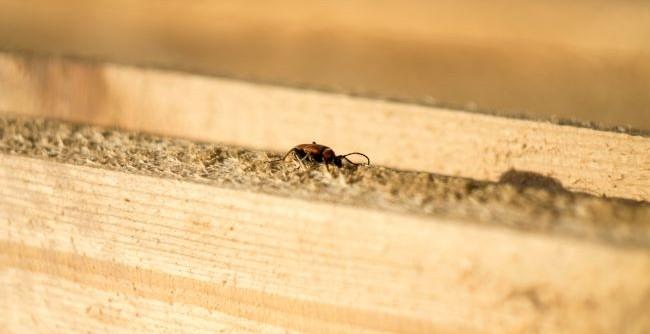 How to Get Termites Out of Your House 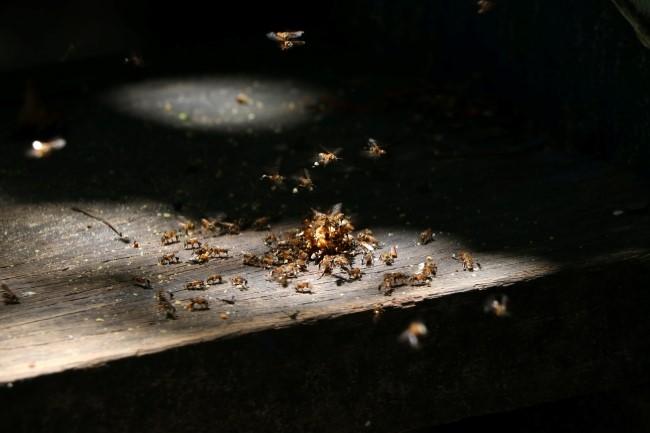 Flying Ant vs Termite: How to Tell the Difference in West…