Why Nuclear Technology is Being Tested Against Pepper Weevils

When scientists get the nukes out to challenge insects, you know there is a real pest problem they are fighting. Pepper Weevils and the crop destruction they cause has finally caused enough monetary damage that the big guns are being brought out for control. Scientists at the University of Guelph are now researching the use of nuclear power as a sterilizing agent on these pests. 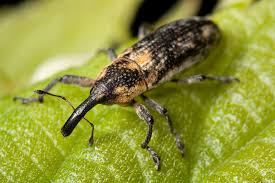 As far as troublesome insect pests go, researchers are wise to choose pepper weevils as the insect pests to exterminate since they are among the most damaging of all insect pests. The weevils crawl into peppers and destroy the entire plant from the inside out.

Pepper Weevils likely originated in Mexico, and are now found throughout the southern USA and most of Central America and the Caribbean. By hiding inside the peppers, they are extremely difficult to control.  According to researchers, pepper weevils caused eighty three million dollars in crop damage in 2016 alone.

Both adult and larval pepper weevils cause bud drop as a result of their feeding. The damage appears as dark specks on the fruit and sometimes the fruit is deformed. The most obvious sign of infection is fruit drop.

Larval feeding, which is less noticeable, causes the core of the fruit to become brown. When the pepper weevil penetrates peppers during their feeding, it allows penetration of the fungus Alternaria alternata which causes fungal growth within the fruit.

An adult pepper weevil is blackish in color and oval in shape, ranging from 2.0 to 3.5 mm in length and 1.5 to 1.8 mm in width. They have a long beak and their body is mostly covered in small scales.

How Does Nuclear Power Act as a Sterilizing Agent? 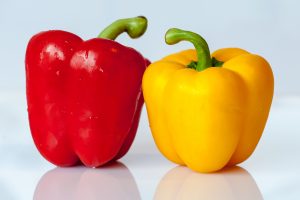 Researchers are planning to use a radioactive form of cobalt, Cobalt-60, which is currently already being used to treat brain tumors and sterilize medical tools. By using Cobalt-60 to sterilize pepper weevils, their eggs will not be viable when they mate which will result in a decreased pest population.

While nuclear and radiation sound like words we don’t want associated with our food in any way, this method of pest control may actually be safer than traditional pesticide usage on farmland. Insect sterilization through nuclear power, if successful, will enable farmers to use fewer insecticides and there is no danger of the pepper weevils spreading radiation to people.

Ok, so you don’t have access to nuclear technology. Neither do we. So what options do the rest of us non-scientists have for controlling pepper weevils?

The best line of defense is prevention by being proactive with control measures. By utilizing Integrated Pest Management to modify your cultural practices, you can hopefully discourage the establishment of pepper weevils on your property.

It’s very important to clean up crop residue and limit the amount of time a pepper crop is in the field. Also, be sure to follow best management practices regarding irrigation and fertilization to give your peppers their best shot at being healthy enough to minimize pest damage.

Still not working? There is a time and place for insecticides and this is it. Some options include neonicotinoid products such as clothianidin and thiamethoxam.  Be sure to rotate any neonicotinoid used with an insecticide having a different mode of action such as a carbamate to prevent resistance developing amount the insect population.

Do you think that it is a good or bad idea to use nuclear technology to eradicate insect pest populations?

Tackle the problem quickly and efficiently by choosing the professionals. From ants to mosquitoes, roaches to mice, we’ve got it covered.

Ensure your lawn remains healthy with lawn care services from our team. We check the health of your plants to prevent future disease and infestation.

Monthly or quarterly, we’ll safeguard your property. With eco-friendly preventative products and a detailed eye, we protect your home from future issues.

We can eliminate your pest problem at a fair price. Reach out to us today for a free estimate on both one time services and our treatment plans.