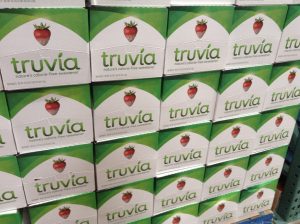 Researches at Drexel university got the idea to test Truvia from the ninth grader of one of the paper’s co-authors. For his science fair project, he decided to test the effects of various sugars and sugar substitutes on fly health and longevity. The testing found that within six days, all of the flies in the Truvia vials were dead.

Erythritol as an Insecticide

With these findings, the professors at Drexel University decided to do more in-depth testing. This testing determined that a specific ingredient of Truvia, Erythritol, is what causes flies to die when it is ingested.

When raised on Truvia, flies only live for 5.8 days on average, compared to between 38.6 to 50.6 days for flies raised on table sugar and foods without Truvia.

An interesting twist is that not all artificial sweetners kill flies. Even though Truvia and Purevia both contain extracts from the stevia plant, only Truvia was found to kill the flies prematurely.

This ruled the stevia plant extract out as the cause of death for the flies tested and allowed researchers to narrow down Erythritol as the killer. The flies that consumed food containing Truvia showed motor impairments prior to their deaths.

By day 7 of the study, flies that were raised on Truvia showed a decreased ability to climb compared to flies raised on nutritive foods.

Effects on Pest Control for Flies 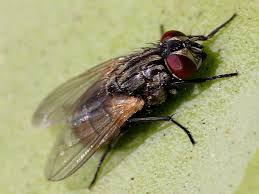 Many studies have proven Erythritol to be very well tolerated by humans, making Erythritol a likely human-safe insecticide for fly control. The next time you have flies that won’t go away, try applying Truvia as a bait and see if there is any reduction in fly activity a week later. Or call your local pest control company.

Tackle the problem quickly and efficiently by choosing the professionals. From ants to mosquitoes, roaches to mice, we’ve got it covered.

Ensure your lawn remains healthy with lawn care services from our team. We check the health of your plants to prevent future disease and infestation.

Monthly or quarterly, we’ll safeguard your property. With eco-friendly preventative products and a detailed eye, we protect your home from future issues.

We can eliminate your pest problem at a fair price. Reach out to us today for a free estimate on both one time services and our treatment plans.